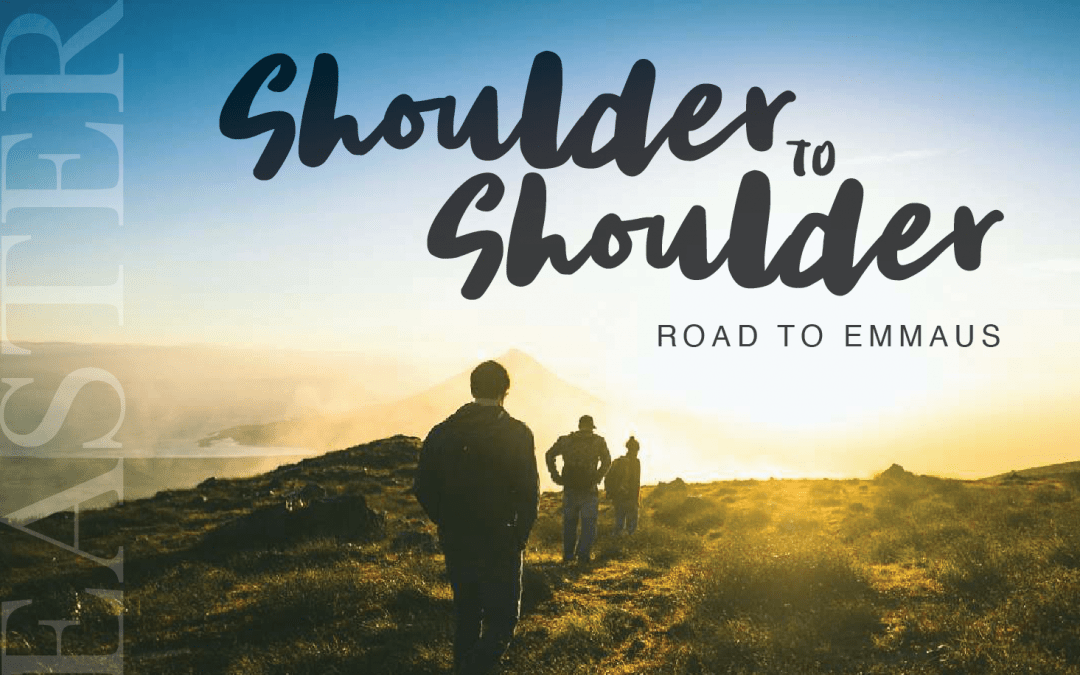 Two friends were trying to process all that had happened in the past few days. They were followers of Jesus who were trying to understand his death. All their hopes of change, progress and healing appeared to vanish with Jesus. All the amazing forms of love and teaching that came from Jesus were no longer available! The Jewish leaders were so protective and rigid, leading to an unfair trial. The Roman government was so spineless and accommodating, resulting in the death sentence. Yes, Jesus claimed to be the Son of God, but he backed it up with great miracles. Many lives had been changed and hope restored. But now… he’s gone.

They were walking shoulder to shoulder and came upon another traveler. The traveler heard about the missing body and spent some time explaining how necessary it was for Christ to suffer in this way and then enter into glory. He spent time relating the Bible to the events surrounding the life and ministry of Jesus. After a day-long conversation on the road to Emmaus, they invited this traveler to stay with them. He agreed. After the traveler took bread he blessed it. He broke the bread and gave it to them and their eyes were opened. They recognized Jesus, but he vanished from their sight. This confirmed his resurrection and they spoke it boldly and widely.

This Palm Sunday and Easter, Aspen Ridge Church will re-tell this encounter on the Road to Emmaus in a series entitled “Should to Shoulder.” On Palm Sunday weekend we will feature a special children’s presentation and review the travelers’ journey. On Easter weekend we will celebrate baptisms and describe how the travelers’ eyes were opened to see the risen Jesus. Our services will include Saturday Night at 5PM and Sunday at 9 & 10:30AM.