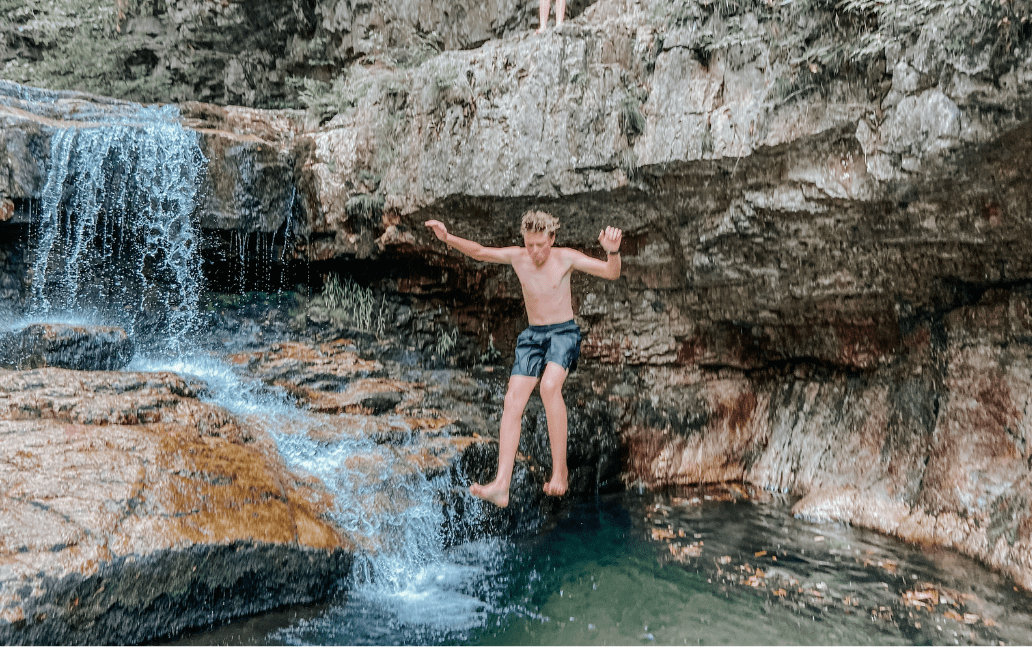 “You must arrange your days so that you are experiencing deep contentment, joy and confidence in your everyday life with God.” – Dallas Willard

The world is more connected now than it ever has been. Super powered technologies like Facebook, Snapchat, Twitter, Instagram, and the expansion of cell phone service for text and calls have connected us in ways unimaginable twenty, or even ten years ago. But are we more or less connected because of them?

VIRGINIA IS FOR LOVERS

In college, I spent a summer as a park ranger in St. Mary’s Wilderness Area in a rural area of the great state of Virginia. My days were spent hiking backcountry trails, picking wild blueberries that grew along the trail, catching brook trout (called natives by the locals), and talking to people I would meet along the way about the area and where to camp. Tough life, I know!

I would often camp out along the trail at night among old mining camp remnants to the sounds of the creek and mysterious critters that went bump in the night. Camping alone is wild and feels dangerous when the sun goes down. While cell phones existed back then, there was no service or expectation that there would ever be cell service in the wilderness area. The Forest Service gave me a handheld radio for emergencies, however, even that wouldn’t work for outgoing communications in most areas of the trail. An emergency would have required a long hike out of the wilderness area and a couple mile drive to a service road where I would finally get radio service. Thankfully, no emergencies happened that summer. At first, the wilderness felt isolated and disconnected from the busyness of the “real world” and the hustle of college life. Over time, however, I came to delight in the silence, solitude, and wildness of it all.

When I wasn’t camping out in the wilderness area, I would spend nights in a small cabin with three roommates in a nearby recreation area. Entertainment in the cabin included a deck of cards, a TV with a VCR, and a rotary landline phone. I just lost some of my younger readers with that last sentence. Nights with the roommates were spent jugging for catfish, playing cards, swapping tall tales from the wilds, and watching the western classic Tombstone again and again. To this day, I can quote much of the movie until you “say when.” I was dating my wife, Danielle, at the time and we would arrange to talk a couple times a week from the rotary land line. We would schedule calls in advance so that all the roommates could have adequate time and since when someone was on the line no other calls could come in. “Talk to you Friday at 9 PM” I would say before hanging up the phone on a Tuesday. Initially, the cabin felt small and primitive although over time it felt bigger-than-life with the friendships formed, luxurious even, especially after a night alone in the wilderness.

Fast forward 20 + years and I’m standing at the St. Mary’s waterfall with my three sons of thunder and wife, Danielle, after a few mile hike into the wilderness area I called home that magical summer so many years ago. What I did next would have boggled my mind as a young ranger at that same waterfall. I took out my cell phone to take pictures and video of my boys jumping from the top of the waterfall to the pool below with full cell service. I could have made a call, texted, or posted waterfall pics on social media within seconds all while standing in the middle of nowhere.  A national forest radio didn’t even work back here when I was a ranger yet alone a cell phone. Takes a bit of the “wild” out of wilderness, doesn’t it?

CONNECT WITH GOD AND OTHERS

There is no doubt that the world is more connected now than at any time in history. Yet, despite being so connected, many describe themselves as disconnected, discouraged, depressed and sometimes even in despair. Study after study is evidencing a direct link between time on social media and increased disconnectedness, anxiety, and depression, especially among our youth. How can such ease of connectedness through technology and social media cause disconnect? Think about how you feel after spending an hour—or three—on your favorite social media site. Do you feel loved, connected, and blessed? Or disconnected, depressed, and stressed? Maybe even an awkward mix of both, depending on the day.

I believe with all my heart that we must regularly disconnect from technology, busyness, schedules, our phones, and work (yes, even ministry work!) to connect with God and each other. Distractions distract us from the living God.  He created us to connect personally, relationally, with him and others. I fear our phones are becoming the most socially acceptable addiction in American culture today. To confess, I’ve probably checked my phone, sending and receiving texts over 20 times while typing this article alone. Dear friends, we were meant to connect with God in conversational intimacy and friendship as a lifestyle, not as an afterthought or after our eyes burn from too much screen time. Immersing ourselves in him is deeply satisfying and delightful to the soul.

Looking back on that wonder-full summer as a wilderness park ranger, the connection I felt to the land and my cabin mates stemmed from being disconnected from technology and the busyness of everyday life, even as technology was a baby compared to what it is today. I have more stories from that one summer than the rest of my summers combined. I can only imagine how God would have spoken to me during that time if I had a heart fully delighted in him.

I’m eager to get more connected with God and others as I battle busyness and the lure of technology. It is often a daily struggle for me. How about you?

It is in this spirit that I would like to introduce you to Aspen Ridge Connect, a four-week small group designed to connect you to God and his people. If you’ve heard a sermon recently around here or explored our website, you know that our small groups are places to learn, love, and do. Another way to say this is that our small groups are places to connect our hearts, heads, and hands to God and his people. Pastor Marcus Mackey and I will be facilitating this small group starting November 20, 2022, at 10:30 AM in the fellowship hall. If you are newer to the church, have been around forever without a small group, or maybe just feel disconnected in your life, I invite you to connect with this four-week small group designed to help you connect with God and others.

Re-wind with me to twenty + years ago, back to the wilderness. I’m standing at St. Mary’s waterfall with a fellow park ranger. He decided to take a day off from his duties at the forest recreation area to catch bugs and fish with me. Yes, I said bugs. He used to collect bugs in see through containers to study them and use them for education with the forest service. He had a mischievous smile on his face and a fly rod in his hand—a black woolly bugger fly tied on the end of the line as we soaked in the sound of the waterfall. “This fly looks like a helgermite bug and natives love ‘em!” he beamed as we stood under a hot Virginia sun, the cool water from the waterfall hitting the rocks around us, misting our legs.

“Here, throw it in and see what happens!” he demanded. “I’ve fished my whole life, but never with a fly rod” I slightly protested, secretly dying to try it. He gave me a few tips and encouraged me to just throw it in.

Since we were standing on a large rock above the deep pool of water, the grace and technique of a perfect fly-fishing cast were optional. I tossed the fly into the pool, without said grace or technique, and felt the tug of a bite, nonetheless. Pulling the rod tip up, I felt the hook set and the fish began to fight. After a couple minute fight, I pulled up the first fish I had ever caught with a fly rod, a beautiful brook trout. “That’s the biggest native I’ve ever seen pulled out of this creek!” he said with some southern charm that made me smile proudly but doubt his claim. I was hooked and spent much of the summer seeking more. The folklore of those blue ridge mountains was if you ate a wild brook trout, you would dream in color that night instead of black and white. I can attest that it is true.

We felt alive and connected to each other and the land that day we caught fish completely disconnected from the rest of the world. In a similar way, Jesus invites us to disconnect from our former lives, connect with and follow him. He promises true life if we do. “Follow me, and I will make you become fishers of men.” (Mark 1:17, ESV). As we introduce others to Jesus, the right technique, or cast, aren’t necessarily important. Loving, connecting, and telling them about his leadership and forgiveness is. And it will take disconnecting some things in our lives to connect with him and others. After Jesus finds Simon and Andrew fishing and invites them to follow him to become fishers of men, the text goes on to say “…immediately they left their nets and followed him.” (Mark 1:18, ESV).

Will you join Jesus in this most important fishing trip? What will we need to disconnect from—to leave behind—in order to connect with Jesus and connect him with others? For locals, a good first cast is joining us for a four-week Aspen Ridge Connect small group in this neck of the woods, starting November 20.

Looking forward to connecting with you,